State at a Glance

With the creation of the State from Assam on 1st December 1963, the State Forest Department inherited the Government owned forests which was earlier being managed by the Assam Forest Department. Initially, Forest administration and management was placed under the charge of a Forest Officer headquartered at Dimapur. He was vested with the responsibilities of looking after the Forest administration of the entire State. Subsequently, a Director of Forests was posted in early 1963 with headquarters at Kohima. Later on, the post of the Director of Forests was re-designated as the Chief Conservator of Forests, Nagaland, Kohima.

Result For Engagement under Forest & Biodiversity Management in Himalaya(Nagaland)

Corrigendum Regarding Cancellation of Advertisement

In Nagaland, the pattern of land ownership is such that the land is owned either by the village community as a whole or by a

NFMP, has been started during 2017-18 in the above background, with the assistance from Japan International Cooperation Agency. The main objective of the Project is to improve forest ecosystem and support income generation by rehabilitation of Jhum areas and provision of livelihood support, thereby contributing to sustainable forest and environmental conservation and livelihood improvement in the target villages in the State.

Keeping in view of the National Wildlife Action Plan (2002-2016), the Wildlife Sector has taken up some major initiatives programmes limited not only to the PAs and other ex-situ conservation centers but also outside the PAs for protection and conservation of saving critically endangered species and its habitats and initiated specific species/ habitats recovery programmes such as protection and conservation of migratory bird Amur falcon, hoolock gibbon, great Indian hornbill, tragopan bird, protection and management of elephants in the wild and in captivity, etc. Other programme such as conservation awareness, mitigation human-wildlife conflicts, capacity enhancement activities, eco-development programmes under CSS are [Project Elephant, Integrated Development of Wildlife Habitats, for Protected Areas, Amur Falcons, Human-Animals Conflict, Community Reserves] Breeding of critically endangered species, housing of captive animals of local, regional and national importance are put at the Nagaland Zoological Park....Read More 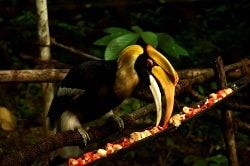 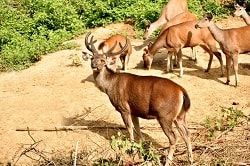 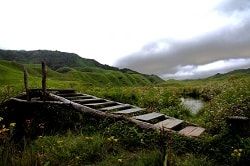 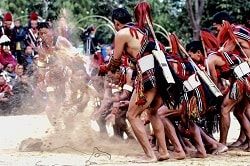 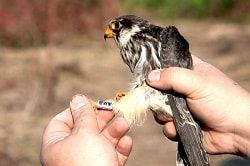 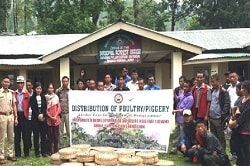 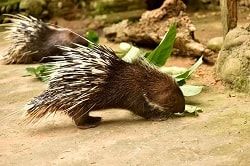 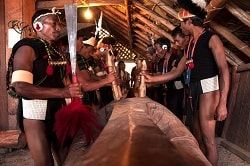